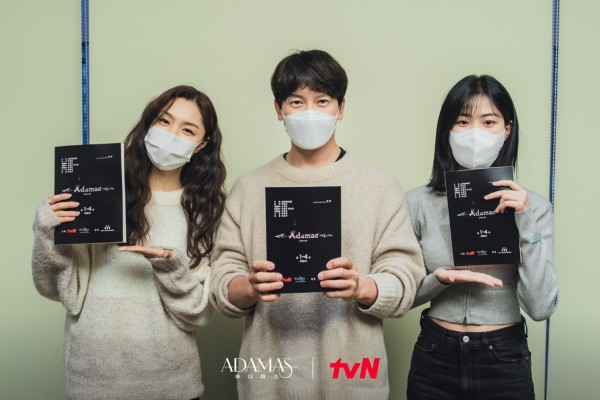 “Adamas” is a Park Seung Woo-directed crime thriller series that follows the story of a man looking for the real culprit who accused their beloved father of a heinous murder.

In the drama, Seo Ji Hye transforms into Eun Hye Soo, an elegant and beautiful heiress of a conglomerate group. 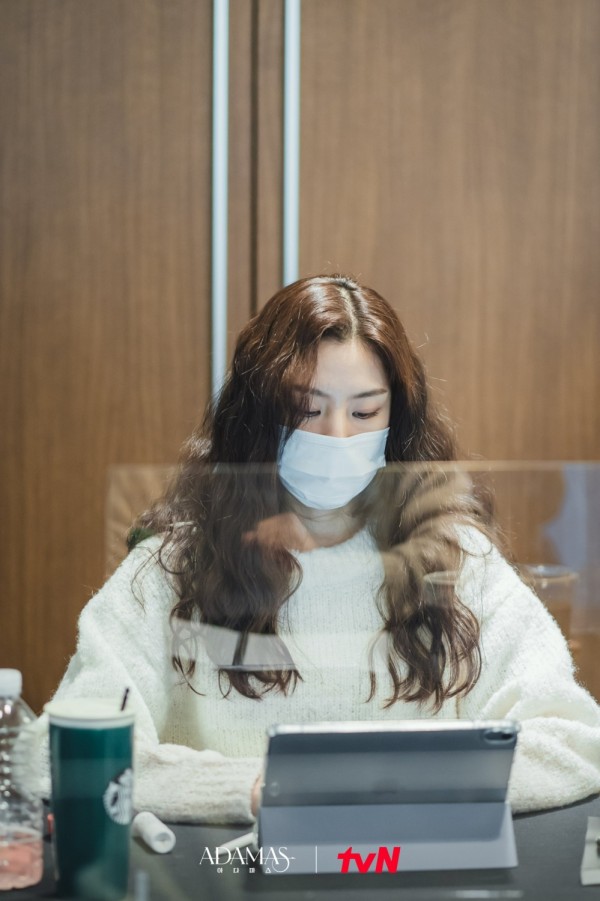 Meanwhile, Jisung plays the two-character role of Ha Woo Shin and Song Soo Hyun, a best-selling novel writer and a prosecutor, respectively, who try to catch the culprit behind an unforgettable incident in their lives. 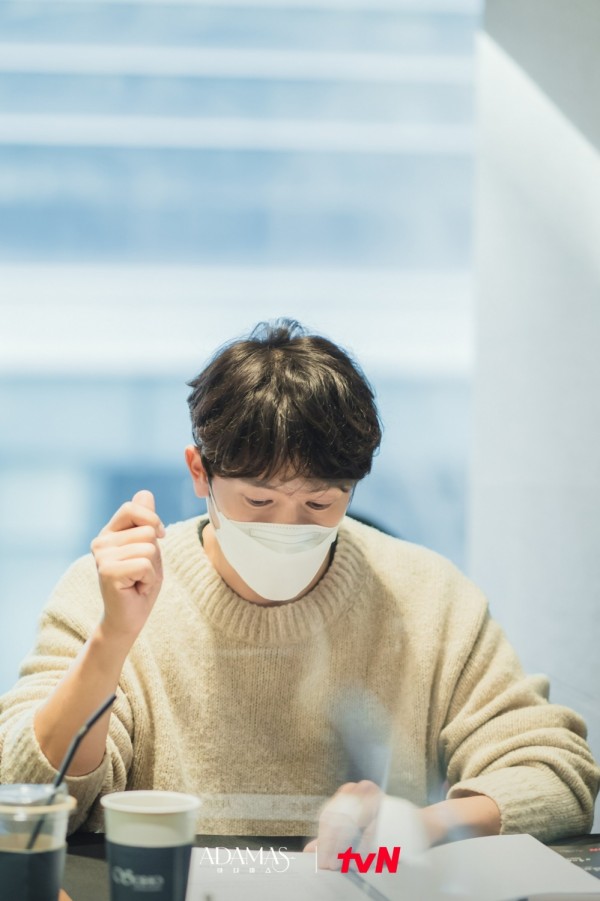 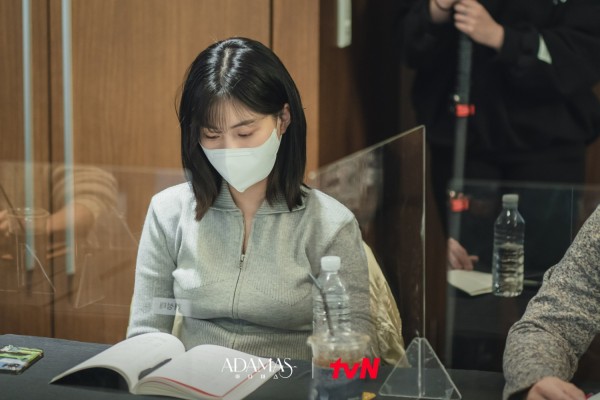 The actors made a great impression during the first drama script reading, as they showcase their undeniable synchronization with their respective acting roles.

IN CASE YOU MISSED IT: THIS ‘Juvenile Justice’ Star Joins Song Kang in ‘Sweet Home’ Sequel

Jisung, Seo Ji Hye and the other drama cast members gathered together, boasting a solid combination that will surely surprise the viewers. 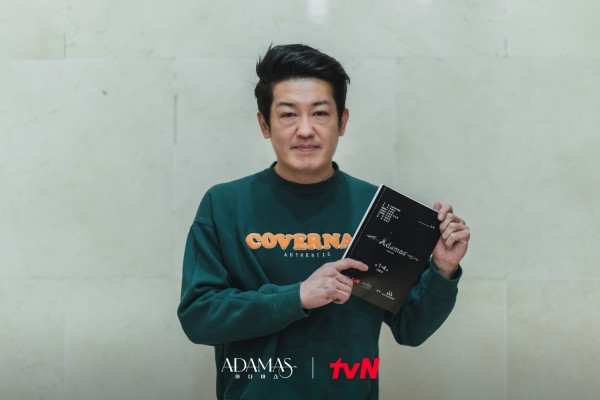 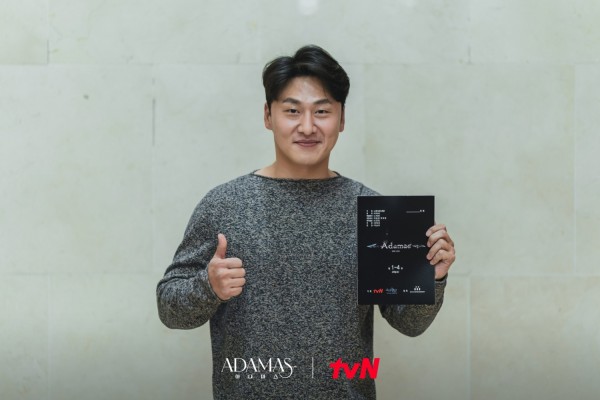 In addition to that, tvN’s “Adamas” production unit confirmed that the new Jisung drama will be released in the summer, July 2022!

What To Expect From The New Drama, Jisung, Seo Ji Hye, More 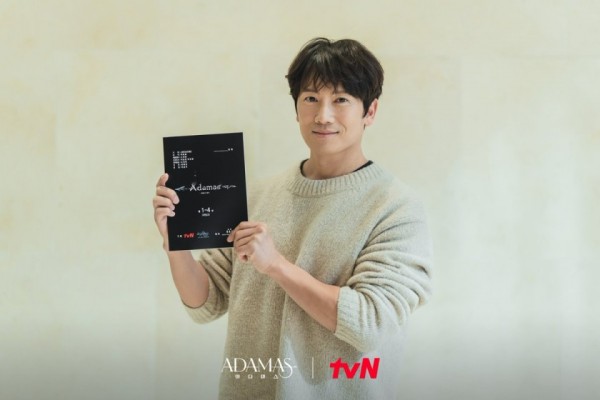 With their skills, the quartet realistically showcased the emotions and situations of the characters, gently unfolding a new intriguing story.

Moreover, Jisung, who will take on a two-character role in the drama, is expected to show a different kind of synergy he hasn’t shown before in any other works. 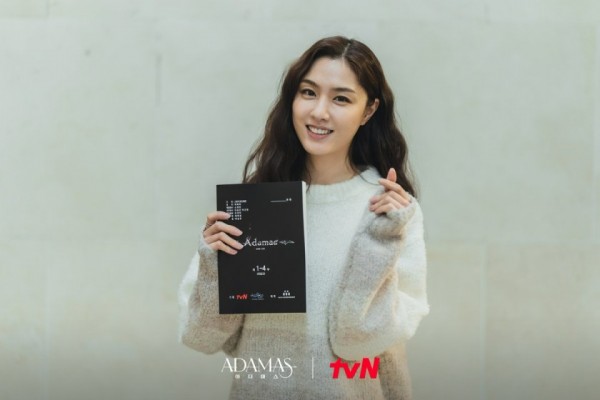 With their presence, the actors form a great bond, adding interest and anticipation.

The production unit of “Adamas” guarantees a great and enticing chemistry, all thanks to the four stunning actors. 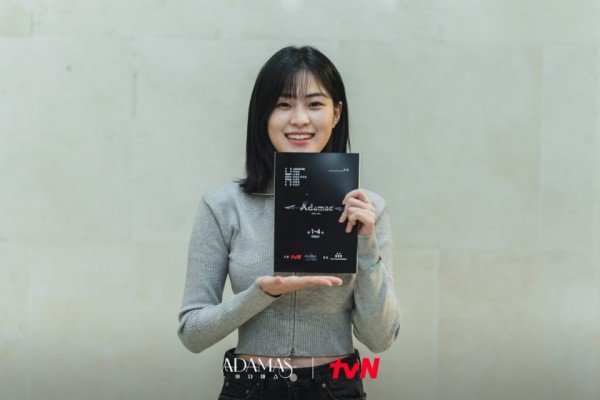 Furthermore, “Adamas” will give a new perspective on crime thriller dramas through the eyes of two main characters played by Jisung, who will also drive conflicts, pain and victory throughout its broadcast.

Efficient tips on how to write a technical essay

7 Essentials You Need to Kickstart Your Freelance Writing Business