Novelist and screenwriter Eoin McNamee introduces The Book Of Sligo, a unique community-based creative arts initiative which takes place during November 2021. Featuring contributions from each of Sligo’s 41 recognised civil parishes, the Book of Sligo will portray how the landscape of the county has shaped its people, places, history, and culture – once published, a copy will be delivered to every house in the county.

Summertime and I’m sitting in the garden in West Sligo with the Chinese writer Yan Ge whose grandfather was a Koumintang general. We’re almost in the shadow of the Napoleonic signal tower at Carrowmably which is itself built in the middle of an Iron Age hengiform enclosure. The name of the West Sligo townland is Toberaunawn, St Eunan’s well, named for the seventh century saint who wrote the Lex Innocentium directed at the protection of women and children in wartime, often cited as the first Geneva Convention. If you’re not careful you could get lost in the hallucinatory swirl of history. We dream ourselves into the periphery but the peripheral is always the centre of something.

We started off looking for marvels and came away with more than we could fit into a library of books.

When we started talking about the Book of Sligo we didn’t want it to replace the rich work of historians and collectors of lore, artists and writers. It was conceived as a book of marvels, the only criteria being the rare and wonderful. Rare flora and fauna, the astonishing cryptography of the book of Ballymote, the strange otherworldly botanics of bogland, history in workhouses and great houses and empty villages, all rich and strange and suddenly present and unexpected when you find yourself amongst them.

It was the people that brought me to the project. Dromard’s Linda Kearns, a leading light of 1916 and its aftermath. Imprisoned and sprung from Mountjoy by Michael Collins. Intelligent, resourceful and principled. The hair stood on the back of my neck when I read her account of being alone with Cathal Brugha in the eerie, burning ruins of the Gresham hotel during the civil war, while Brugha calmly addressed the death that would come for him in the next minutes. Or the moment when the councillor from Dromore West handed me his phone to be told about the remarkable Ruth Ormsby and her mysterious death in Barcelona while nursing for the Republican side in the Spanish Civil War, the only Irishwoman to die in that war. Mrs McDermott from Grangemore and her harrowing accounts of famine in West Sligo. The many, long-silent voices in the Duchas collection with their stories of sea hags and children turned to stone, Dobhar-Chus and disappearing lakes. 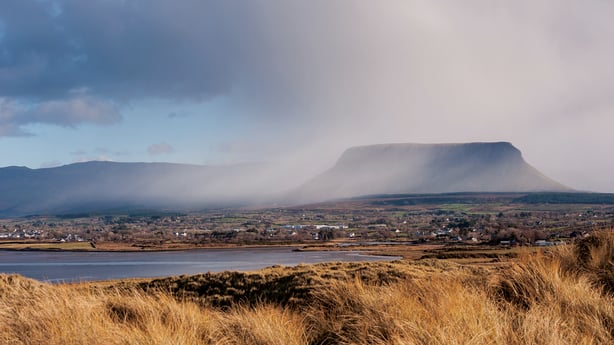 We started off looking for marvels and came away with more than we could fit into a library of books. More than that we came away with grandeur. The lonely grandeur of Carrowmably. The minute, baroque grandeur of bogflowers. The grandeur in people’s hearts, now and then. History isn’t something that happens elsewhere to other people. Neither is beauty. Our townlands and coastlines and mountains are lit with marvels.

Find out more about The Book Of Sligo here.

How To Hire An Skilled Research Paper Writing Service?

Planning to write a Statement of Purpose? Here are some useful tips

How to Use Affiliate Marketing to Drive Traffic, Generate Leads, and...

Best Tools That Will Help Improve Your Writing Strategy

5 Of the Best Side Hustles That You Can Start Today